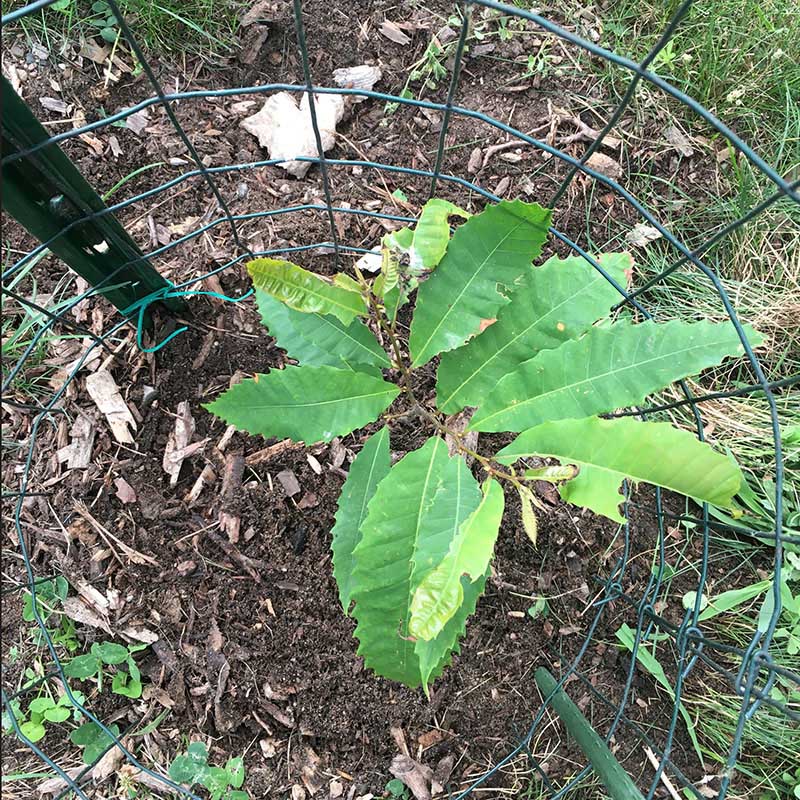 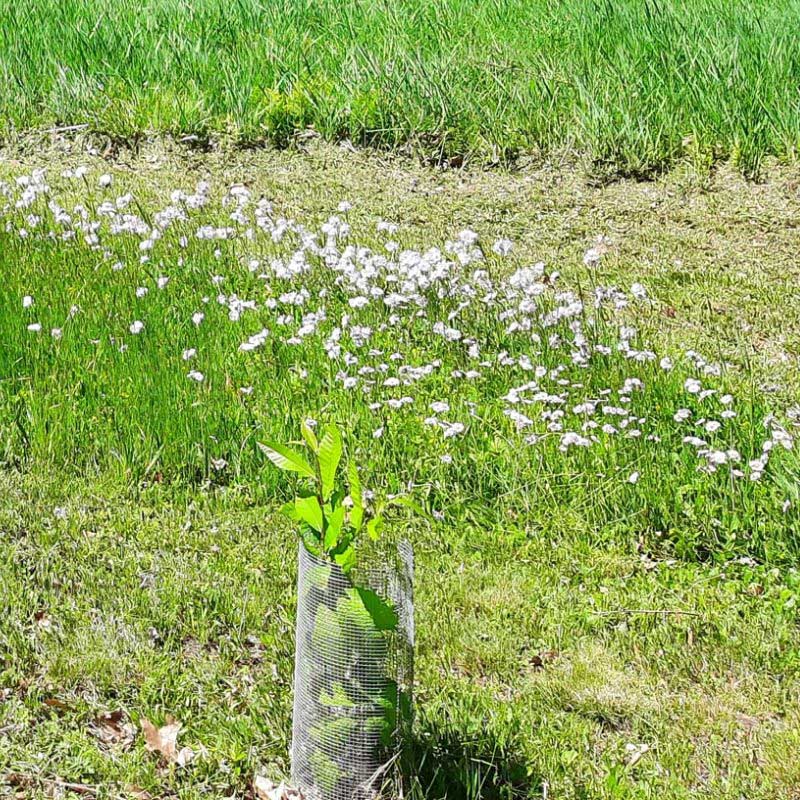 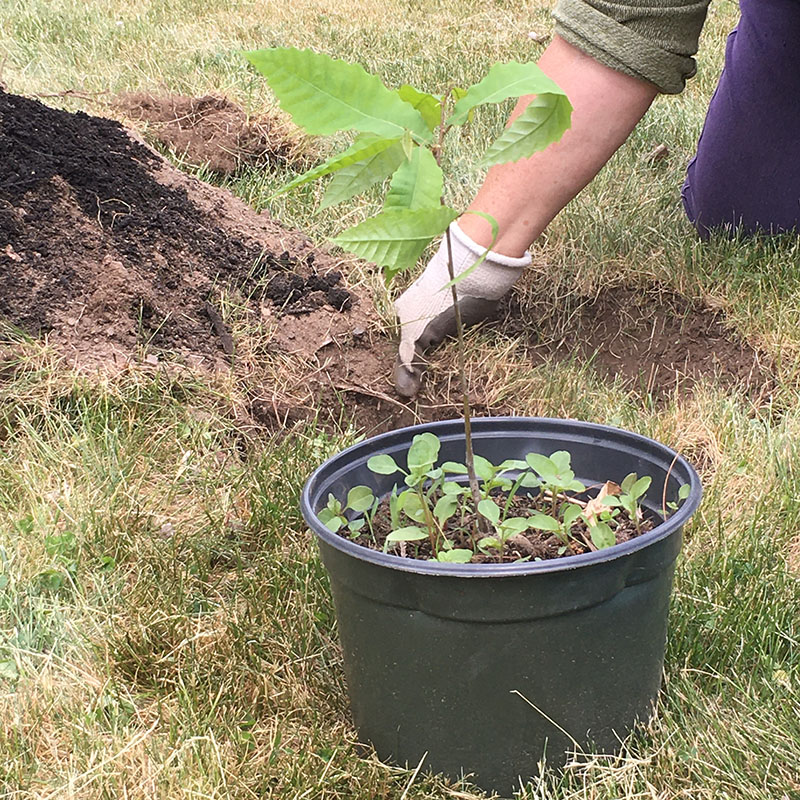 There were once about 4 billion American chestnut trees in North America. These massive, fast-growing trees dominated eastern U.S. forests, and were an important source of food, raw materials and wildlife habitat. Then, in the early 1900s, nearly all of them were wiped out by disease.

Last year, land trust volunteers planted 50 young American chestnut trees around Canton, both on private and town land. You can visit three of the most successful trees on the banks of the Farmington River in Collinsville, a short stroll from downtown.

Biologists are still working on a solution for the disease that nearly made American chestnuts extinct, so it’s rare for the trees to fully mature. However, if a young tree grows enough to produce viable nuts, the nuts can be planted to create new trees. That’s our goal.

CLCT volunteers help grow and care for young trees in Canton. Contact us to get involved.

Support all of Canton’s wildlife habitats

CLCT members fund our conservation work with their annual dues, ensuring that native plants and animals continue to have a home. Please join us by becoming a member today.